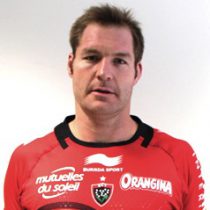 Returned to the All blacks set up in 2011 playing every test game after overcoming injuries that occurred in 2009 & 2010 seasons. His athleticism makes him an effective line out jumper, but his ball carrying skills in attack have established him as an ideal 21st Century second row.

First picked for the Blues in 2002, Williams made his debut for the All Blacks in the same year. Williams was one of the stand-out performers during the 2005 DHL New Zealand Lions Series. In 2008, Ali moved to Christchurch where he joined the Crusaders in winning their seventh Super Rugby Title.

Williams had amassed 77 caps for New Zealand when he made the decision to move to Toulon in 2013.

On June 29th 2016, Racing 92 announced to have signed the former All Black second row, bringing out of retirement in time for the 2016/17 season.