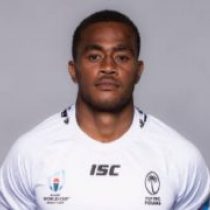 Veitokani Veitokani, who is known as "Freddy", broke onto the scene for the Fijian Drua during the 2018 NRC.

He played a vital role for the Drua as they when on to win the competition for the first time with Veitokani winning the Rising Star Award.


The speedy no.10 is a corrections officer in Fiji and briefly represented his country in sevens in 2017.


He was a part of the Fiji national squad in an Autumn International campaign which included wins over France and Uruguay.


In January 2019 he signed a deal to join Championship side, London Irish.