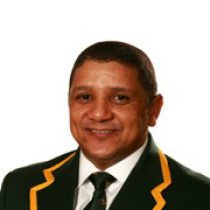 Coetzee captained the SARU national team, now Springboks, between 1988 and 1991 following his debut in 1985.

He was selected for the Junior Springboks in 1992 and played in the Currie Cup for Eastern Province between 1992 and 1996, as well as in the 1994 Super 10 competition for the Eastern Cape team.

The former teacher retired from the game in 1996. Coetzee then ventured into coaching and was immediately appointed as an assistant coach for EP in 1996.

Two years later he was appointed as team manager for the Sharks’ Super Rugby side, where he also became an assistant coach in 2000.

Coetzee joined Western Province in 2008 after accepted an offer to become backline coach of the Stormers, leading them to three South African Conference titles during his tenure as head coach.

He remained with the Stormers until the end of the 2015 Super Rugby season, when he moved to Japan to take over as head coach of the Kobe Steelers.

On 12 April 2016, he was appointed as the head coach of the Springboks before being sacked two seasons later by the South African Rugby Union following a run of poor results across his two year tenure.