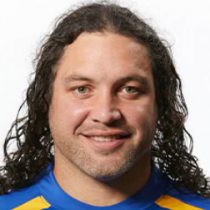 Rangi had a remarkable 2016, from working as a scaffolder and playing for local Pindan Premier Grade team Nedlands on the weekend, to being injected into the Western Force squad in April and then going on to make his Super Rugby debut against the Bulls in Round 10 at the ‘Force Field’ nib Stadium.

The Wellington-born front-rower went on to play a further four games for the club, bringing intensity and physicality that saw him gain the respect of his fellow teammates.

In October 2016, Rangi signed a contract with the Western Force, making his Super Rugby debut against the Bulls in Perth.

He went on to make 5 appearances ahead of the 2017 Super Rugby season. The Nedlands representative played three matches during the 2016/17 season before re-signing for two more years.

After nine appearances off the bench for the Force, Rangi signed a deal with Melbourne Rebels for the 2018 season. He played in all 16 games during his first season at the side and claimed the Melbourne Rebels’ Player’s Player Award.

2019 proved to be another fruitful year for the bone-rattling hooker as he played 14 games for the Club before being handed a two-year contract renewal that will tie him with the club until 2021.

Despite being contract to the Rebels until 2021, Rangi was granted an early release from the final year of his contract to join Top League side Shining Arcs.