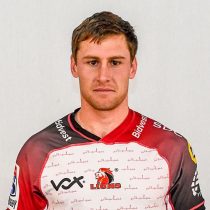 Warner represented Western Province in the 2011 Craven Week and a year later was picked for the U21 Currie Cup side.

He made the move to Pretoria in 2013 to join the Blue Bulls.

In 2015 he was included in the Tuks Varsity Cup squad and in 2017 he lead the side to the final where they were beaten by Maties.

He was called into the Bulls Super Rugby squad during the 2015 Super Rugby season but failed to make an appearance.

Warner made his debut off the bench against the Sharks and made one other appearance against Kings.

In August 2017 Warner signed an extension with the Bulls that will see him remain with the side until 2019.

He has been included in the Bulls 2018 Super Rugby squad and will look to add to his 2 Super Rugby caps.