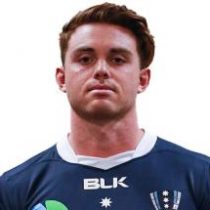 After playing his junior rugby at the Hunters Hill Rugby Club, Kellaway went on to represent Australia at schoolboy and under-20 level. He captained the under-20 side in 2015.

His total of 10 tries at the 2014 IRB Junior World Championship broke the tournament record previously held by Julian Savea and Zac Guildford.

Kellaway made his Super Rugby run-on debut for the Waratahs against the Brumbies in April 2016, and the following week signed a further two-year contract with the team.

In June 2018, it was announced that Kellaway will join the English Premiership side Northampton Saints for the 2018-2019 season. At the end of the Premiership season he was released by Saints and joined Counties Manukau for the Mitre 10 Cup