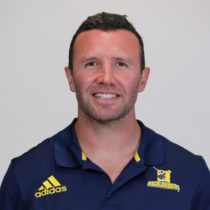 Having been born in Christchurch, Mauger has a strong rugby pedigree, he is the younger brother of Nathan Mauger and his uncles are former All Blacks Graeme Bachop and Stephen Bachop.

Mauger starred for High School Old Boys, then Canterbury from 1999 and the Crusaders, also captaining New Zealand Under-21s before his All Blacks debut in 2001.

He had three seasons as a Tigers player following the 2007 Rugby World Cup, sharing in the Premiership title wins of 2009 and 2010 as well as the run to the 2009 Heineken Cup Final when he was also named Supporters' Player of the Year.

Mauger returned to New Zealand after his retirement in 2010 and joined the coaching team at the Crusaders before agreeing to a second spell in England.

Following a period of coaching with the Crusaders, Mauger returned to Leicester Tigers as head coach in 2015.

Mauger, who took over the reins from Richard Cockerill when he was sacked in January, led the Tigers to Anglo-Welsh Cup glory.

Tigers announced that Matt O' Connor will be returning to the club, meaning that ex All-Black Mauger will leave the club.

After leaving Leicester Tigers, former All Black centre Aaron Mauger has signed to the Highlanders as assistant coach on a two-year deal.

Mauger announced that he will join the Samoa coaching staff as an assistant coach in May 2017.

In August 2017 the Highlanders announced that Mauger would take over the reins from head coach Tony Brown, who will join the Japanese national team coaching set up.