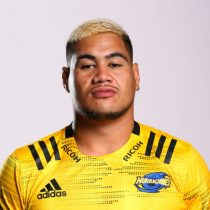 Fidow broke into the Wellington Lions squad ahead of the 2016 Mitre 10 Cup. He is nicknamed "Axe".

He is a young devastating ball carrier who is still learning his trade as a front-row forward.

He earned his spot in the Mitre 10 Cup squad thanks to his performances with the New Zealand U20s at the 2016 Junior World Championship.

In 2017, Fidow was still eligible for the Junior World Championship and the 133kg prop was named in the New Zealand U20s squad.

He was marked for bigger things during his time at Scots College and made his presence felt with the Wellington Lions during the 2017 Mitre 10 Cup.

His exceptional speed paired with his strength led to him scoring 8 tries during the 2017 Mitre 10 Cup.

Fidow's outstanding performances during the 2017 Mitre 10 Cup earned him a Super Rugby contract with the Hurricanes for the 2018 season.

Numerous injuries impacted on his early career at the Hurricanes as he was ruled of the remainder of the 2018 Super Rugby season and after 2 appearances in the 2019 season.

Ahead of the 2020 Super Rugby season, Fidow, named for the Hurricanes squad has 4 caps. He will be looking to extend this.

He heads into the 2020 Mitre 10 Cup season having made 30 appearances for the Wellington Lions, and has scored 75 points.