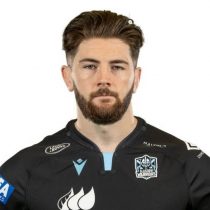 Ally Millar is a player who is expanding his career at London Scottish in the 2016/17 season.

He arriveed from his home town of Edinburgh, playing for Edinburgh Rugby, as part of the Performance partnership with the Scottish Rugby Union. Miller has the credentials from his junior day representing Scotland at U16, u17, u18, u19 captain and u20 level.

The back rower has also captained the Edinburgh u20 side.

Miller was rewarded for his good form by receiving a call-up to the Scotland Sevens squad where he played in Las Vegas and Vancouver, and will also be involved in the Hong Kong and Singapore legs of the tour.

In April 2017, he returned to Edinburgh on a two-year deal from London Scottish.