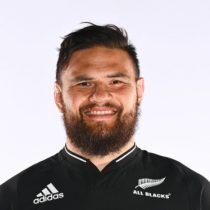 Although born in New Zealand, Ta'avao would also have been eligible to play international rugby for Australia through his mother, or for Samoa through his father.

Ta'avao was schooled at Dilworth School in Auckland, New Zealand. Ta'avao first came to prominence when he played for New Zealand Under 20 in Argentina in 2010 and made his debut for Auckland in the same year.

He signed for the Blues for the Super Rugby season playing for the side through to the 2015 season before looking to further his opportunities in Australia. With 25 points scored in 63 Super Rugby appearances, Ta'avao signed a two-year contract for the Waratahs and Sydney Rays for 2016 through until the end of 2017.

He played for the Waratahs for two seasons before heading back home to play for Taranaki in the Mitre 10 Cup, but without a Super Rugby contract in 2018. Ta'avao helped Taranaki reach the 2017 Mitre 10 Cup semi-final winning the Ranfurly Shield along the way.

In 2018, he was called into the Chiefs Super Rugby squad as injury cover and featured in all 17 games of the 2018 campaign and earned a call up to the All Blacks as injury cover.

He was named on the bench for the All Blacks for his test debut against Argentina in Buenos Aires. Ta'avao took his test cap tally to 14 during the Rugby World Cup in Japan as the All Blacks finished third overall.

Ta'avao struggled with injuries in 2020 making just one appearance in Super Rugby and two in Super Rugby Aotearoa. He featured for the North in the North v South clash before joining Auckland ahead of the Mitre 10 Cup season.

While having 14 test caps for the All Blacks, Ta'avao has also played 106 Super Rugby games.