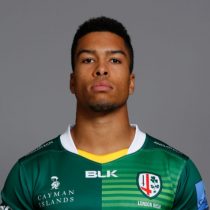 Pace, power and the ability to get the crowd on the edge of their seat, Ben Loader has a bright future ahead of him.

The former Wellington College pupil, who has already benefitted from ample game time for the Exiles, will be keen to take his game to next level.

The promising wing has been introduced to senior rugby with Irish in the Challenge Cup, showing his promise after leaving school only a year prior.

The spritely utility back was part of the England U20's squad during the 2018 U20 Six Nations and 2018 World Rugby U20 Championship.