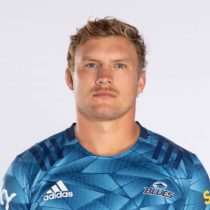 After joining the Auckland ITM Cup in his first year out of school, Gibson was offered a contract as a member of the Blues wider training squad for the 2015 Super Rugby season.

During that year, Gibson made his Super Rugby debut for the Blues against the Highlander and became a vital member of the Under-20 All Blacks World Championship side in 2015. After being named to play in the Auckland side for the 2015 ITM Cup for the second time, he started the opening game of the season but suffered a knee injury in the first ten minutes that kept him out for the duration of the season.

Gibson took his Super Rugby caps total to 26 by the end of the 2017 Super Rugby season and started the Blues historic match against the British and Irish Lions.

Gibson's 2018 season was marred with injuries meaning he made just 3 appearances for the Blues.

He made his return for Auckland and will look to make one final push for a place in the All Blacks squad for the Rugby World Cup during the 2019 Super Rugby season.

During the 2020 season, Gibson reached the 50 cap mark for the Blues.