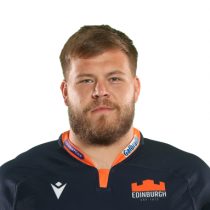 Hailing from the Northern Cape, Boan Venter was born to be a hard-man in the scrums, and he proved this at junior level.

Venter, the son of the Griquas great, De Waal Venter, captained the Griquas at Craven Week level before impressing enough to be selected for the South African Schools’ side to face Italy, England, and Wales.

In 2017 he was named in the Junior Springboks training squad for the World Rugby U20 Championship which was hosted in Georgia. Venter did not make the final squad for the tournament, and many feel he can consider himself unlucky.

During the 2018 SuperSport Rugby Challenge, Venter put in a couple of big performances for the Toyota Free State XV.

He has since joined the PRO14 and Currie Cup squads.