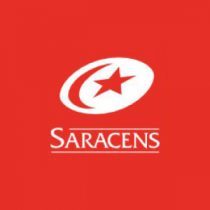 A product of the Saracens and Ealing Trailfinders Acadmies, Brandon Jackson went to Sutton Valence School.

He originally started his senior career at the Saracens Academy before switching to Ealing and again back to Saracens.

He was a standout performer in the Premiership Under 18s tournament in 2019 earning him a call up to the England Under 18s where he represented his country.

The centre, who has exceptional pace and footwork to match previously combined his role in the Academy with a degree at Brunel University in conjunction with Ealing Trailfinders.

In January 2022, after shining in first two matches for the Men in Black against Harlequins and London Irish in the Premiership Cup, the exciting centre was rewarded with a new deal at Saracens.