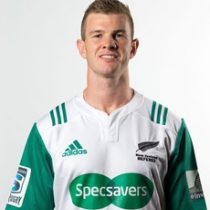 Prior to becoming a Professional Referee with New Zealand Rugby, Brendon Pickerill worked in project management in the construction industry, having gained degrees in Civil Engineering and Commerce.

A keen rugby player and supporter, Brendon took up refereeing for the North Harbour province where he went on to referee in New Zealand domestic competitions and the 2015 World Rugby U20 Championships.

He joined the Super Rugby refereeing team in 2016 and iIn November of 2017 he made his test match debut, going on to referee a further 3 test matches the following year.

He was one of seven designated Assistant referees for the 2019 Rugby World Cup.