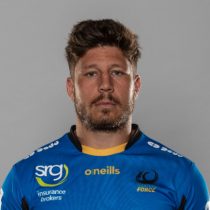 The aggressive flanker made his Super Rugby debut for the Western Force in 2014 against the Waratahs; playing 14 matches in his first season for the club.

Entering his third season with the Western Force, Stander has scored 10 points in 33 Super Rugby appearances.