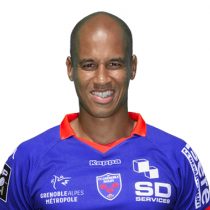 He joined Western Province in 2012 and was named 14 times in Super Rugby squads for the Stormers, but only made six appearances. He also only made one solitary appearance for Western Province in the 2012 Currie Cup Premier Division. He joined the SWD Eagles on loan for the 2012 Currie Cup First Division season and was also named in the Kings squad for the 2013 Super Rugby season, but was released after failing a medical test following a shoulder injury.

His journey of South African teams continued when he joined Griquas for the 2013 Vodacom Cup season. Following an injury to Elgar Watts, he was included in the Cheetahs' Super Rugby squad and never actually made a competitive appearance for Griquas.

Francis helped Agen secure promotion to the 2017/18 Top 14 and signed for Grenoble.