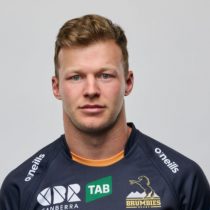 The son highly regarded Fox commentator Greg Clark, Cameron has made a name for himself on the rugby scene.

Having initially made his mark on the sevens game, Cameron is now a regular in the Waratahs' Super Rugby squad. Clarke debuted for the Australian Sevens team in Wellington in February 2012 and went on to represent Australia at the 2014 Commonwealth Games in Glasgow and the 2016 Olympic Games in Rio.

Clark was born in Auckland, New Zealand but was raised in Fairlight on Sydney’s northern beaches where he attended St Ives North Public School and Knox Grammar.

A Wahroonga Tiger in his junior days, Clark returned to the 15-man-game following his Olympic campaign to sign with the Tahs.

After 38 appearances for the Waratahs, Clark signed to remain with the club for the 2020 Super Rugby season.

He left the Waratahs at the end of the 2020 season joining the San Diego Legion.