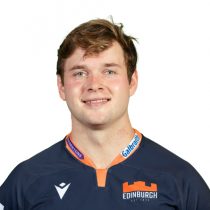 A former pupil of Law Primary School and Edinburgh Academy, Dean lifted the Brewin Dolphin Scottish Schools' Cup in three consecutive seasons: in 2009 (under-15) and as under-18 captain in 2010 and 2011.

He has represented Scotland at every age-grade - skippering Scotland under-17 through their unbeaten run at the Wellington Festival in 2011 - before his development was fast-tracked on a Scotland 7s elite development player (EDP) contract in May 2012.

He made his first competitive start for Edinburgh in the win against Leinster in the PRO12 opener in September 2015. His first points for the club came at Murrayfield in March 2016 when he touched down against Connacht, following a brief return to the abbreviated game when he represented Scotland 7s at the Wellington leg of the HSBC World Series over the last weekend in January.

In February 2018, Dean extended his stay in the Scottish capital until at least 2020.

As of the 2018/2019 Champions Cup, Dean has had 14 European Cups appearances scoring 1try and 5 points. Early in 2019 he was rewarded for his fine form by being included in the Scotland 6 Nations Squad.

In December 2019, he extended his contract with Edinburgh Rugby having made 86 appearances since making his debut in September 2015.