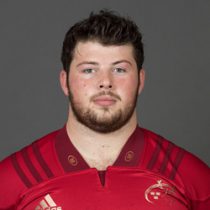 Parker, a native of Stockport who came through the academy at Sale Sharks, made 12 appearances for the Premiership club.

He also had a loan spell at English Championship side Yorkshire Carnegie last season. Parker’s last game in a Sale shirt was a European Champions Cup defeat to Saracens back in December.

The 21-year-old made his debut against Clermont Auvergne in the Champions Cup in January 2015, and played in Sale’s defeat to Munster at Thomond Park a week later.

Parker, who is Irish-qualified, was a member of the England team that won the U20 Six Nations in 2015.

He also played in the side that lost narrowly to New Zealand in the U20 World Championship final in Italy later that year.

In 2017, Ciaran Parker joined Munster on a two year development contract. In mid 2020 he left Munster and joined Jersey Reds