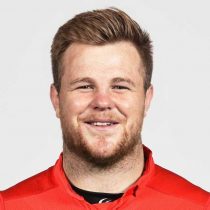 Conan O'Donnell is one of Irish rugby's brightest prospects in the front row. The Sligo native has had an impressive 12 months representing Ireland at U20 level in the 6 Nations & World Cup a year ahead of his age which is a statement of his maturity as a player.

O'Donnell, who rose through the ranks and school level, was rewarded with an academy contract with Connacht Rugby, with the prop making his debut for the Connacht senior side in the PRO12 winning season in 2016.

He went on to make a total of nine senior appearances in his three years in the academy system before signing a senior professional contract with the province for the 2018/19 season.

In May 2019, Sunwolves announce that he would join the side for the rest of the season from Connacht and then went on to represent Counties Manukau in the 2019 Mitre 10 Cup