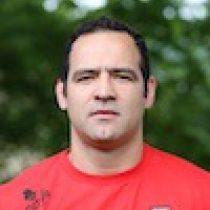 Originally from Port Elizabeth, Barnard first hit the South African rugby scene with the Free State Cheetahs U21 team in 1998, with his senior debut coming in the 2000 Currie Cup. The fly-half spent another four seasons with the Bloemfontein franchise before moving to the Sharks in 2005 for his Super Rugby debut and then Griquas in 2006. In 2009 the points machine headed to France where he started with Toulon, became a stalwart with Agen for last four seasons before moving to Oyonnax for the 2013/2014 season.