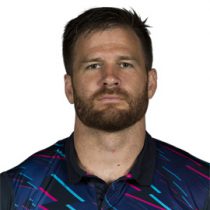 Starting his career as winger, Burden moved into the front row while at Sharks.

A dynamic and hard-working hooker, Burden did not lack the strength or physicality for the position and can be devastating when a game opens up, while he also generates enough power to mix it at the highest level.

Burden broke into the Sharks senior squad in 2006 and went on to feature for the side between 2006 and 2013 before he joined Toulon.

He went on to spend 5 years in France representing Toulon, Montpellier and Toulouse.

In 2019, he returned to Durban and started training with the Sharks before he was named on the bench for the Sharks clash with Rebels.

The veteran in the current Sharks squad, Burden boasts 75 Currie Cup caps and is just two games shy of attaining a half-century of Super Rugby appearances for the men in black and white.