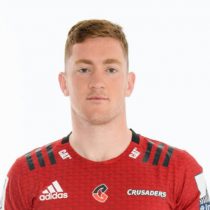 Originally from Methven, McLeod attended Christ’s College in Year 13. He represented the Canterbury Under 19 side in 2017 and 2018, and helped lead the team to the Final of the Jock Hobbs Memorial National Under 19 Tournament in 2018.
For his efforts that year, McLeod was named Under 19 Player of the Year at Canterbury Rugby’s annual awards evening, and spent time in Crusaders camp early in 2019 before vice-captaining New Zealand at the World Rugby Under 20 Championship.

A player with a high work rate and was included in the 2019 Canterbury Mitre 10 Cup Squad.
He made his provincial debut off the bench against Wellington later that same year. He was named Canterbury Rugby A First Year Player, alongside Cullen Grace, at the Canterbury Rugby Awards in October.

McLeod made his Super Rugby debut against the Reds in 2020