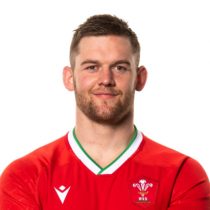 The Welsh flanker has been kept out of action for most of this season through a neck injury but 2013 Lions boss Warren Gatland was obviously impressed enough by his performances to include him in the 2013 British and Irish Lions touring squad.

Having successfully regained form and fitness over the course of the tour, Lydiate eventually secured the starting blindside flanker berth for the crucial second and third tests against the Aussies. Lydiate was named 2012 Six Nations Player of the Tournament.

Lydiate made 85 caps for the Newport Gwent Dragons between 2006 and 2013, before moving to Racing Metro 92 for a season. After his stint in France was not succesful as he would have liked, Lydiate came back to Wales and signed for the Ospreys. He has been a key member for Wales and Warren Gatland had no qualms about selecting him for the World Cup in 2015.

In October 2016, Lydiate renewed his contract with Ospreys, becoming one of four National Dual Contracted players, along with Sam Warburton, Hallam Amos and Samson Lee, recommitting their future to the game in Wales. Tough-tackling Wales and Ospreys flanker Lydiate suffered a knee injury during the autumn series finale against South Africa in November and will not play again this season.

Lydiate heads into the 2018 November International with 62 test caps.

2012 Six Nations Player of the Tournament