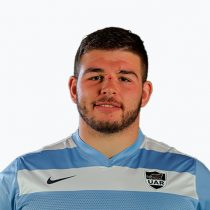 After 8 appearances in each of the 2016 and 2017 Super Rugby campaigns, Pieretto missed the 2018 season entirely due to injury. He rebounded by playing 17 games for the Jaguares during the 2019 Super Rugby season, though again only 4 were starts. Pieretto was sent off and suspended in 2016 while playing against England for a stamp on Joe Marler.

Enrique Pieretto featured for Argentina at the 2019 Rugby World Cup in Japan and took his test cap tally to 24, starting just 4 times. After the World Cup he linked up with the Barbarians before signing with Exeter Chiefs until the end of the 2019/20 season with the club experiencing an injury crisis in the front row.

Following his stint with Exeter Chiefs, he made the switch to Glasgow Warriors.