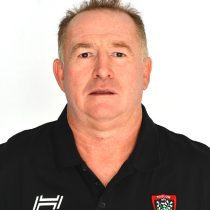 A former Hooker, Dasalmartini spent most of his playing career with Toulon representing the side between 1985 and 2000 with a stint at Nice between 1996 and 1998.

After his playing days, Dasalmartini moved into coaching at Toulon working at multiple levels until he left the club to join Provence in 2006.

He spent just one season there before joining the success 2018 France u20 team that won the Junior World Championship.

After his stint with the u20s he returned to Toulon as the technical manager with the Academy.

In 2019, he moved into an assistant coach role with Toulon and is responsible for the attack and defense strategies.