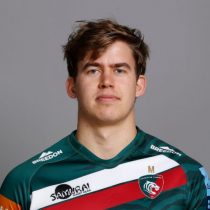 Growing up in Sydney and attending The Scots College, Guy Porter is a strong ball-runner who reads the game well.

Porter has been a consistent performer both in the Shute Shield and the NRC over the past couple of seasons and joined the Brumbies as part of the wider training squad. He was also a part of the Sydney Stars in 2015 and the Waratahs U20s Gen Blue squad in 2016, lining-up with the Sydney Rays in the NRC a year later.

A versatile back, Porter is seen as a powerful centre that can also cover wing and fullback. Fresh off of leading Sydney University to victory in the Shute Shield in 2019, they defeated Warringah 21-16 in a come from behind success in the Grand Final, centre Guy Porter signed with the Brumbies for the 2020 season.

The English-born centre arrived in Leicester in July 2020 from the ACT Brumbies in Super Rugby.