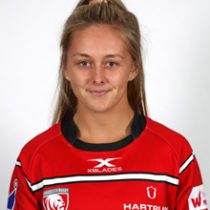 Hannah was in the 2013/14 Wales Six Nations squad but failed to make any of the match day squads.

She made her first start in the Six Nations in the opening game against Ireland in 2016.

She heads to the 2020 Six Nations looking to add to her 17 appearances and 5 points scored at the tournament.