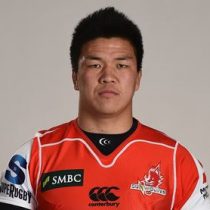 Tatekawa started his Super Rugby career at Brumbies but failed to register a cap for the Australian side. He linked up with the Sunwolves for the 2016 Super Rugby season.

In June 2017 Tatekawa was named as the co-captain for the internationals against Ireland, where he hopes to add his 41 caps.