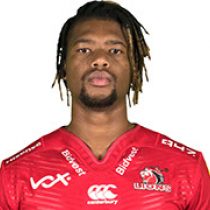 He moved to Johannesburg to join the Golden Lions prior to the 2014 Currie Cup Premier Division season. He has been labelled "the offload king of domestic rugby" and, as a result; "South Africa’s answer to Sonny Bill Williams."

In 2019, Mnisi joined the Kings, participating in the Pro14 competition.

In 2020 it was revealed that Mnisi had signed a deal to return to fellow South African Pro14 contestants, the Cheetahs, having represented the side in 2013/14.