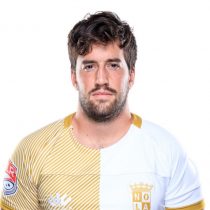 Dotti played against Team USA in Junior World Rugby Trophy in 2014 before moving up to Uruguay A and senior team. Graduate of Ivy Thomas Memorial High School and Universidad ORT Uruguay.

He has four years of international experience with Uruguay national team. He has represented his country 37 times, including 29 starts, with three tries, though he narrowly missed out on selection for RWC 2015.

He played 13 matches for NOLA Gold in 2019, missing only three games due to his international commitments, before signing a one-year extension with the Major League Rugby side for the 2020 season.