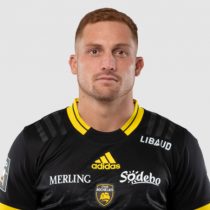 West made his provincial debut for Hawke's Bay in 2012. He was named as the sole First Five-Eighth in the Maori All Blacks squad for their tour to North America the following year.

At the start of 2014, West was called into the Chiefs squad as injury cover, but was never included in a matchday squad for the club. In April 2014, West joined the Blues squad, as injury replacement for Baden Kerr who was ruled out for the remainder of the 2014 Super Rugby season.

On 2 May 2014 West had his debut Super Rugby match for the Blues against the Queensland Reds at Eden Park where he scored a try.

West came on as a substitute for the Blues against the British and Irish Lions and scored a fantastic try to seal the victory for the Auckland-based side.

He made another appearance against the Lions when he came off the bench for the Moari All Blacks.

After four seasons and 44 appearances (357 points) with the Blues West signed a one-year deal to join the Hurricanes for the 2018 Super Rugby competition.

He brought a considerable amount of Super Rugby experience to the Hurricanes where he would be coached by his former New Zealand Under 20s coach Chris Boyd.

West made 14 appearances for the Hurricanes in his final season in Super Rugby scoring 22 points, taking his appearances tally in the competition to 58 and 379 points.

As of September 2020, he has made 50 appearances for La Rochelle and has scored 426 points.