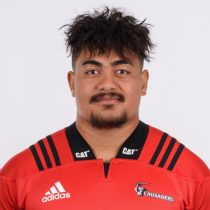 One of 12 siblings, he is the younger brother of All Black tighthead Ofa Tu'ungafasi, who plays for the Blues. Isi looks as if he will follow his brother's footsteps and represent the All Blacks having already represented the New Zealand U20s at the 2015 U20 World Championship.

He made his first start provincial in Auckland's premiership semifinal against Tasman at Eden Park in 2015, replacing the vastly more experienced Sam Prattley who was ruled out after injuring his neck.

In 2018, Tu'ungafasi made the switch to the Northland for more opportunities.

Ahead of the 2020 Super Rugby season, Tu'ungafasi will look to establish himself in the Crusaders squad.