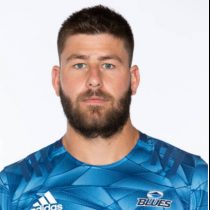 Jacob Pierce represented New Zealand at the U20 World Championship in 2017 helping the side to the title.

His performances for the New Zealand U20s & the Blues youth sides Pierce was included in the Blues Super Rugby preseason squad and could push his way through the squad and make his Super Rugby debut in 2018.

He made another appearance for the Blues during the 2018 season as well as a game against Japan A for the Blues Development squad.

Jacob is another to come through the provincial and Blues development programme. He is a large, yet mobile big man showing some impressive skills for Harbour in the 2019 Mitre 10 Cup.

Ahead of the 2020 Super Rugby season, Pierce has 2 caps and looks to extend this.