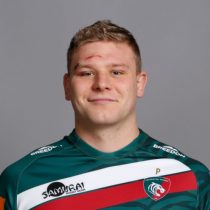 Kerr is a former Scotland Under-20s captain that went on to represent Edinburgh Rugby between 2014 and 2017.

He did not re-sign with the club at the end of the 2016/17 season and moved to England to finish his studies at Loughborough University.

He made a try-scoring appearance for Leicester Tigers during the 2017/18 pre-season against Ospreys, before signing a deal with the side in September.

He established himself in 2018/19 with 22 first-team appearances as well as being chosen by supporters as their Young Player of the Year, and earned a Test cap in the Six Nations win over Italy.

In July 2021, he signed a permanent contract with Bristol Bears.