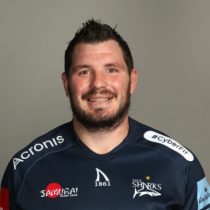 Born in Bristol, England, Phillips is a versatile forward who can operate at number 8, flanker and second row. A graduate of Colston's School, Phillips' professional career began at Bristol in 2008 before heading to Exeter to link up with the Chiefs in 2010.

He re-signed for Bristol for a second stint in 2015, and helped them win promotion to the Premiership in May 2016.

A strong ball carrier, Phillips can play across both the second and back row and signed for Bath Rugby in 2017.

After 21 appearances for the Club, scoring one try, the versatile forward signed for Sale Sharks on an undisclosed deal.