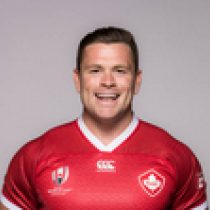 The bulky scrum-half made his Test debut in 2010 and was part of the 2011 Rugby World Cup squad but failed to make an appearance at the tournament. Mackenzie had a two-year stint at England club, Esher RFC but a lack of game time saw him join Victoria Vikes in 2012. 2015 will see him get another chance to make a World Cup appearance, being selected in the final 31-man Canadian squad. He made his World Cup debut Italy, in what would be his only appearance in the World Cup in England.

He joined Toronto Arrows in 2019 and was included in Canada's 2019 Pacific Nations Cup and will look to add to his 17 test caps.