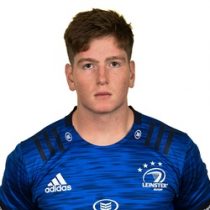 A product of the Leinster Academy and a former Blackrock College student, Joe McCarthy impressed for Dublin University in the Energia All-Ireland League during the 2021/22 season.

In January 2022, he was called into the Leinster senior squad and was named in the starting lineup in the United Rugby Championship game against Cardiff.