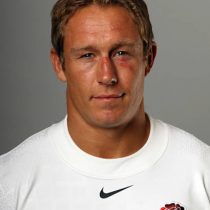 Regarded as one of the greatest flyhalves to grace the game, Jonny Wilkinson started his career with Newcastle Falcons during the 1997/98 season playing mostly as an inside centre for the side as they went on to win the Premiership title.

By March 1998 Wilkinson full squad member of the England senior test squad and earned his first test cap off the bench against Ireland at the age of 18.

He then participated in England's "Tour of Hell" in June 1998, that saw them suffer heavy defeats to both New Zealand and Australia (who defeated them 76–0).

Wilkinson returned to domestic duties with Falcons and took over from Rob Andrew, who was made Falcons head coach as both their fly-half and goal kicker.

He was a regular test starter for England by 1999 starting all their matches in the 1999 Five Nations Championship.

He then featured regularly for England ahead of the 1999 Rugby World Cup, before making his World Cup debut against Italy, scoring one try, converting another six and landing five penalty goals to rack up 32 individual points haul in the 67–7 win.

South Africa knocked England out of the 1999 World Cup after Wilkinson was controversially dropped to the bench.

The following year Wilkinson played in all five of England's 2000 Six Nations Championship matches. England won the championship, however they missed a Grand Slam after losing their final match against Scotland.

Wilkinson was picked as the first choice fly-half and goal kicker for the 2001 British Lions tour to Australia in July. The Lions won the first test over Australia by 29–13 in Brisbane - Wilkinson scored nine points.

The second test, on 7 July, saw the Lions lose 35–14 at the Docklands Stadium. During the match, Wilkinson injured his leg and was stretchered off the pitch. The injury was thought to be particularly serious, but he made a full recovery before the Third and final test on 14 July. Wilkinson's try at the start of the second half ensured that, along with his kicking scores, he equalled the Lions' best individual scoring total in a Test, with 18 points.

Wilkinson played a major role in England's successful Rugby World Cup in 2003, scoring 23 points against Wales in the quarter final before scoring 24 in the semi-final against France. In the final versus Australia, with the scores level at 17–17, Wilkinson received a pass and kicked a drop goal in extra time with just 26 seconds remaining. The win gave England their first ever Rugby World Cup, and broke the Southern Hemisphere's dominance of the tournament in the process. Wilkinson became the tournament's leading points scorer with 113 points.

In the same year he became the youngest ever rugby union player to receive a New Year's Honour with an MBE (he was listed prior to England's World Cup victory), and elevated to OBE in 2004.

Within a couple of weeks of winning the World Cup, Wilkinson was found to have had a broken facet in his shoulder and missed the 2004 Six Nations Championship and the disastrous tour of New Zealand and Australia.

Initially, Wilkinson was left out of the Lions 44-strong squad which was announced by Clive Woodward on 11 April 2005. However, on 8 May Woodward announced he had added the fly-half to the squad after Wilkinson had proved he was injury-free and fit.

Wilkinson featured in the Lions first two matches against New Zealand but was ruled out the third and final test due to injury.

Despite his unfortunate run of injuries between the World Cup in 2003 and the start of the 2007 World Cup Wilkinson returned in fine form to help England to 2007 Rugby World Cup Final in France, where they were beat by South Africa.

The following year Wilkinson started the first 4 of England's 6 Nations matches before being dropped to the bench for the final match against Ireland, he did however come onto the field before halftime.

Despite competition over his position, Wilkinson ended the 2008 Six Nations as the tournament's top points scorer, compiling 50 points. He was not considered for Martin Johnson's first England squad due to injury but toured with the side to New Zealand as the only specailist flyhalf.

Another injury against Gloucester in 20 made him unavailable for England's autumn internationals and for the rest of the 2008-09 Guinness Premiership season as well as England's Autumn Internationals squad. In May 2009, it was confirmed that Wilkinson had ended his 12 years with the Falcons to join the French team Toulon for the 2009-10 Top 14 season.

Wilkinson made a successful injury free comeback to international test rugby on 7 November against Australia after an 18-month absence. He then went on to play consecutive games against Argentina on 14 November and New Zealand on 21 November.

Wilkinson became test rugby's leading points scorer during his test career and spent the majority of his career between 2008 and 2011 battling Dan Carter for the record.

Following the 2011 Rugby World Cup Wilkinson called time on his International career bring an end to career which saw him represent England 91 times (scoring 1,179 points) and the British and Irish Lions 6 times (scoring 67 points). He also retired as the highest points scorer in Rugby World Cups.

Wilkinson won two Champions Cup titles with Toulon as well as a Top 14 title. In May 2014, Wilkinson announced that he would retire from all rugby at the end of the season.