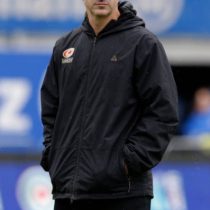 He made over 300 appearances for the club between 1995 and 2010. After his retirement he took up a role in the club’s Academy, graduating to first-team Backs Coach at the beginning of the 2012/13 campaign.

Sorrell has overseen the development of a number of Saracens’ leading stars in the back division including Owen Farrell, Duncan Taylor, Ben Spencer and Alex Goode, and had helped Saracens to domestic and European success.