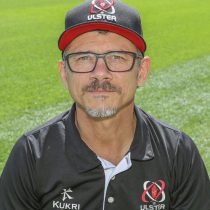 Les is a former professional rugby league player who represented New South Wales Rugby League and Australia in a distinguished career. Kiss' playing days were cut short by injury, but he soon used his knowledge of the game to focus on coaching.

He was renowned for his defensive work as a player and that was also the case as a coach; he worked as a defence coach for the Springboks from 2001-2002. He then enjoyed a six year stint back in Australia as an assistant coach with the New South Wales Waratahs.

In 2009, Kiss was appointed defensive coach with the Ireland national team under head coach Declan Kidney. His impact was immediate as the squad's defensive work played a key role in delivering a Grand Slam victory for Ireland for the first time in 61 years.

After Kidney's departure in 2013, Kiss became the head coach of the Irish team as an interim appointment for their 2013 summer tour to North America. He then resumed his role as defence coach when Joe Schmidt took over late in 2013. He helped Ireland secure consecutive Six Nations titles in 2014 and 2015.

Kiss was appointed interim Director of Rugby at Ulster Rugby for a 12 week spell in 2014, before taking up the post on a permanent basis in November 2015, following the conclusion of Ireland's Rugby World Cup campaign in England.

In January 2018, Kiss left Ulster Rugby and returned to coaching in March 2018 taking over as head coach of London Irish.