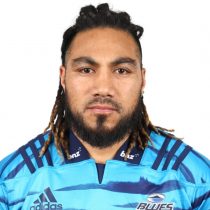 The abrasive Ma'a Nonu has come a long way since his early days playing in Strathmore Park Primary School in Wellington. Making his Super Rugby debut for Wellington in 2003 he has since played for the Highlanders and Blues, and has amassed over 100 caps, becoming one on the most consistent performers on the league.

One of the most destructive carriers in the game, his ability to offload and suck in defenders make him an invaluable part of any team. Creating space out wide, he creates as much as he scores with his physical playing style. Having made his international debut in 2003 he has since gone on to become a world cup winner.

Nonu has been able to evolve his game remarkably by adding a very accurate kick dimension and with his 2014 & 2015 form has become the most dangerous 12 in the game. He is very much a part of Hansen's RWC plan as the All Blacks prepare to defend the trophy in England.

After struggling during his first campaign with Toulon, which followed straight on from an entire Super Rugby season, Rugby Championship and then World Cup back-to-back, Nonu was in good form in the 16/17 season.

He signed a one-year contract extension with Toulon in February 2017.

In May 2018, Nonu announced that he would not be extending his contract with the French side and will put his playing career on hold due to family reasons.

In September 2018, Nonu signed a one-year deal with the Blues and joins the Auckland-based side for his third stint with the side and in October 2019 he announced a move to the San Diego Legion where he will play Major League Rugby