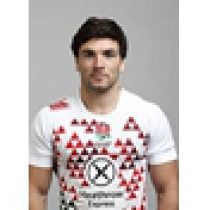 Qualifying through his English mother enabled Mathew Turner to launch his top-level career on the Sevens World Series circuit when making his England debut in 2008 at George. Born and schooled in Cape Town, Turner went to Bishops College and then played Varsity Cup for UCT in 2008 in the inaugural tournament.

He joined Premiership side Bristol following that season and represented them in the Premiership, Anglo Welsh Cup and Championship in his 2 season stay.

He made his way back to Cape Town after signing for Western Province but was unable to cement a place in the team. He launched and ran a number of 7's coaching clinics and programs. His coaching exploits saw him take the reigns of the Sri Lanka National team in 2015 before he went back into 15's and signed for the Seattle Seawolves in the MLR.

In June 2020 he announced a dual role at the franchise, taking up a player coach role.