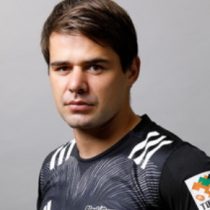 McGahan, a former first-five for Auckland's Mt Albert Grammar, joined the Melbourne Storm as a 17-year-old after starring for the New Zealand secondary schools team against Australia in 2010. That same year, he led his school to the national title.

Despite approaches from rugby at the time, he decided to take up a contract with the Storm in the NRL's under-20s competition because he felt it was "the best apprenticeship" available.

After three years away from home, McGahan decided to part ways with the Storm and signed a deal with the Blue.


After three years in Victoria and still to earn a first-grade appearance with the Storm, he parted ways with rugby league and moved back to New Zealand in 2013 to play rugby again.


For the past two seasons, he’s lived in Japan and has been playing for Top League side Yamaha Jubilo from where he’ll join the Reds. Ahead of the 2019 Mitre 10 Cup season he rejoined the North Harbour side where he will cover for the long term injury of Bryn Gatland