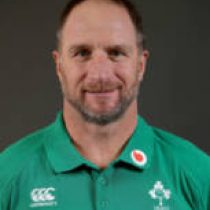 South African born Catt moved to England in 1992 and joined Bath after a brief stint with Eastern Province.

Catt spent the majority of his playing career at Bath, initially joining as an understudy to Stuart Barnes. He ended up spending 12 years at the club before moving onto London Irish in 2004.

His move to London Irish was where he spent some of the best times of his career and was named Guinness Premiership Player of the Season after a stellar 2005/06 campaign with the Exiles. Catt became a player/coach in his time with the club for the 2007/08 season and eventually hung up his boots in May 2010.

Catt was also a member of the 2003 World Cup winning squad with England. He made his debut for England in 1997 but never made himself a permanent fixture in the England squad. Catt ended up finishing his international career in 2007, making a total of 75 caps.

In 2011, he was awarded an OBE in the New Years honours list.

The following year, he was appointed backs coach for England but in 2015 was sacked after a disastrous World Cup campaign.

After a year out of the game, Conor O'Shea appointed Catt to be his attack coach with Italy in 2016 and was part of the coaching staff that famously beat the Springboks.

In June 2019, it was confirmed that Catt would join the Ireland coaching team following the completion of the 2019 Rugby World Cup and ahead of the 2020 Six Nations Championship.