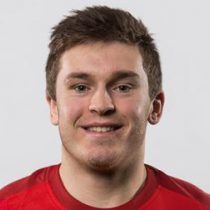 Sienawski is a Welsh loose forward who has impressed at youth level in Cardiff and subsequently been promoted into Cardiff RFC senior squad where he has appeared numerous time between 2015 and 2017. After an array of good performances Sienawski was called into Wales under 20's 2017 Six Nations squad.