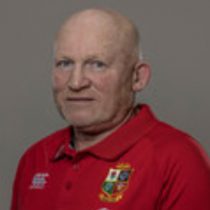 Born in Church Village, Wales, Jenkins made 237 appearances for Pontypridd amassing 3,185 points. He went onto play for Cardiff and Celtic Warriors at the inception of regional rugby before retiring in 2004.

He made his international debut for Wales in 1991 against England in the Wales starting line-up, from there on in, he was a mainstay in the No.10 jersey for his country providing thrills, spills, eleven tries, ten drop goals, two hundred and thirty-five penalties and one hundred and thirty conversions along the way, not to mention the forty-one points gained as a British & Irish Lion. His grand total tally for Wales; 1049.

Upon his retirement, he was rugby union’s leading points scorer on 1090 in total (which included 41 for the British & Irish Lions) and he held that record until the England v Scotland RBS Six Nations clash in 2008 where Jonny Wilkinson’s first-half penalty saw him move into the lead with 1093. He earned a total of 87 caps for his country. He toured South Africa and Australia with the British and Irish Lions earning four further test caps.

It was the ice-cool nature of Jenkins’s kicking ability that became a hallmark of his play, holding his composure in the tightest of moments. It may have been Scott Gibbs that everyone remembers drawing Wales to within one point against England and putting a serious dent on their designs for the last ever Five Nations Championship, but Jenkins was the one that stepped up under a weight of tension and anticipation to slot over the conversion that put Wales into the lead and ultimately won the game; a kick he would cite as his best ever when announcing his retirement in 2004.

Jenkins played for Pontypridd, Cardiff and had one season as a regional player with the Celtic Warriors in 2003-2004 where the region famously did the double over London Wasps in the Heineken Cup. Jenkins’s last rugby action was an 80-80 testimonial draw against Jason Leonard in June 2004’s ‘Battle of the Centurions’ at the Millennium Stadium pitching England’s man with most caps against Wales’s man with most points.

He joined the Welsh Rugby Union as skills coach in 2004 and began working with the national squad in 2006. In that time he has been part of a management team that has won two Grand Slams and a further Six Nations title.

Jenkins embarked on his fifth British and Irish Lions tour in New Zealand having previously toured twice as a player in 1997 and 2001 and twice as a coach in 2009 and 2013.

He was part of two winning Lions series, his first as a player against South Africa in 1997 and the second as part of Warren Gatland's series-winning coaching team in Australia in 2013 and backed that up with a drawn series with New Zealand.

Jenkins remained as a member of Wales National set up despite the departure of Warren Gatland after the 2019 Rugby World Cup. He was once again included in the Lions backroom staff for the 2021 British and Irish Lions Tour to South Africa, it is his fourth tour as a coach of the Lions and sixth tour overall.