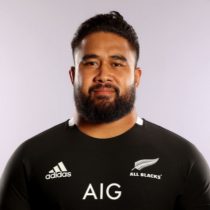 Laulala attended high school at Wesley College in South Auckland and was part of the high school First XV side. He joined the Canterbury Academy and made his first appearance for their ITM Cup side in 2011.

Laulala was one of nine new recruits in the 2013 Crusaders squad, earning the call-up after a second impressive provincial season for Canterbury.

As the younger brother of former All Black Casey, it is already clear that there is plenty of natural talent for this tighthead prop but it is his attitude and commitment that most impressed the Crusaders selectors.

Laulala really stepped up in the 2015 Super Rugby season and so much so that Laulala was called up to the All Blacks for the first time in 2015 and made his debut against Samoa, He was also part of the Rugby Championship that year.

A serious knee injury during training in 2016 led to reconstructive surgery and a 12 month recovery period has put him on the sidelines for the rest of the year.

Having played in 33 Super Rugby matches, scoring one try for the Crusaders. Laulala joined the Chiefs ahead of the 2017 Super Rugby season, making his debut against the Bulls.

In July 2017, Laulala signed a three-year extension with the Chiefs. Nepo made 14 appearances for the Chiefs in 2017 Super Rugby.

In August 2017, following the injury to Owen Franks - Laulala, a four-Test All Black, was named to start the 2nd Bledisloe Cup Test v Australia.

Laulala went on to secure a spot in the All Black squad through to the 2019 RWC and the 2020 Tri Nations and Bledisloe Cup games.