Breakdown of the 21 uncapped players included in the England squad

Eddie Jones has named a 34-player England squad to begin preparations for their summer series of fixtures against the USA and Canada.

The England boss is having a look at the youth in the Premiership including 21 uncapped players with the 12 English players involved in the British and Irish Lions squad and the Premiership semi-finalists (Bristol Bears, Exeter Chiefs, Harlequins and Sale Sharks) unavailable for selection.

We breakdown the uncapped players included.

There are 10 uncapped forwards included in the squad with Newcastle Falcons providing four, Leicester Tigers two and Gloucester, London Irish, Bath and Wasps providing one each. 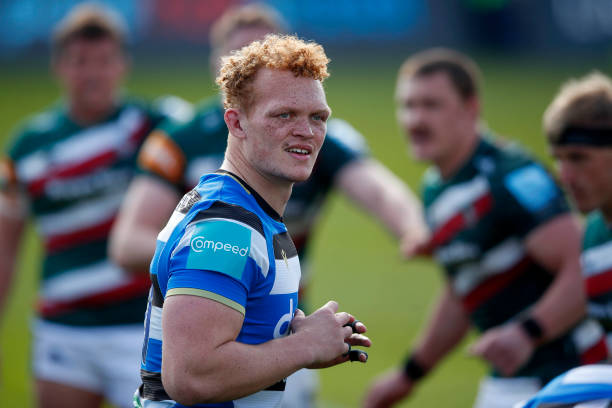 Back-rower Miles Reid is the only uncapped Bath forward in the squad but he is joined by the likes of Sam Underhill, Charlie Ewels and the one test cap prop Beno Obano.

Reid heads into Super Saturday ranking fifth overall on the most tackles made in the Premiership averaging 11.8 per game.

Uncapped backs Tom de Glanville and Max Ojomoh also feature in the squad with de Glanville ranking 9th overall in the league's most defenders beaten. He averages 3.1 defenders beaten per game taking him to a tally of 43. His average is better than the next three players ahead of him.

Joining de Glanville and Ojomoh in the squad is the likes of Joe Cokanasiga and Ben Spencer who have received recalls.

Gloucester's uncapped player in the squad 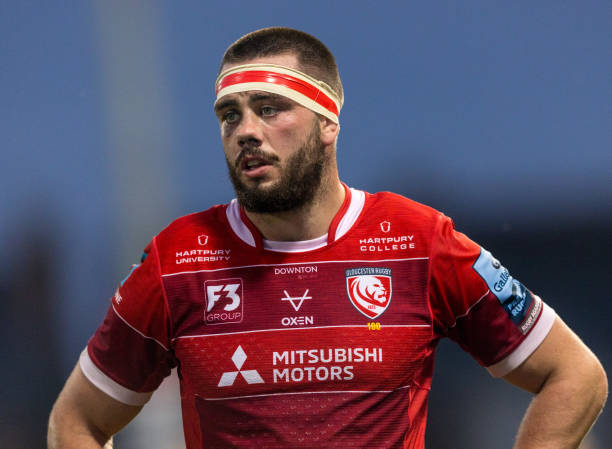 Ollie Thorley misses out on inclusion in the squad as not a single Gloucester back is called upon by Eddie Jones.

The England boss has, however, called up flanker Lewis Ludlow after an impressive Premiership season to date. Despite Gloucester struggling Ludlow has shone topping the tackle count (280) in the competition while also featuring inside the top 15 for turnovers won. 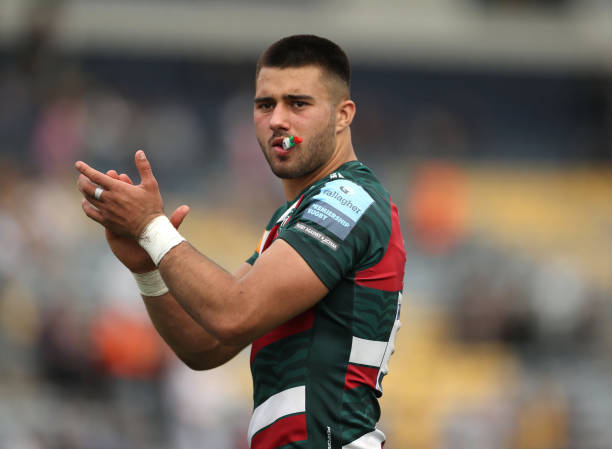 The Leicester Tigers' youth is well represented in the squad with two uncapped forwards in Joe Heyes and Harry Wells earning call ups while backs Dan Kelly and Freddie Steward have also been included.

Jones will be looking to cap the promising Kelly how is represent Ireland at u20s level. A midfielder capable of playing at inside and outside centre, Dan was born in Manchester and is both Irish and English qualified.

The centre has been in fine form for the Tigers this season as too has his fellow back Freddie Steward. Fullback Steward ranks in the top 15 in the following stats in the Premiership: running metres (10th with 821), carries (12th with 171) and defenders beaten (8th with 49).

Joe Heyes joins fellow Tigers front-rower Ellis Genge in the training squad having worked in tandem with the 28 test cap prop to produce a powerful platform for Steve Borthwick's side. Genge is the most capped player in the squad.

Lock Harry Wells has impressed enough to secure a call up too with one test cap back-rower George Martin also included. 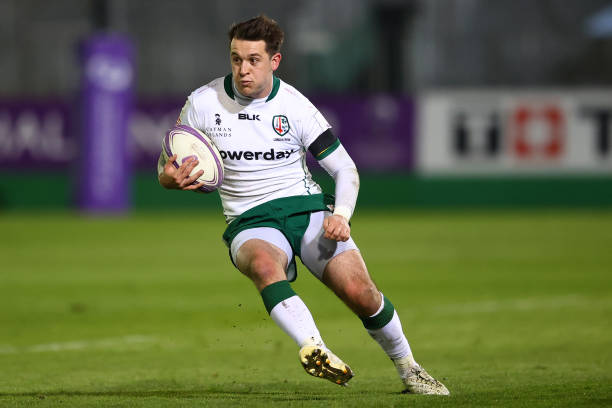 Exiles lock Chunya Munga cracks the nod from the England boss as the only uncapped player from the London club while who are better represented in the backline.

Inform outside backs Ollie Hassell-Collins and Tom Parton both have the opportunity to impress after stellar campaigns in the Premiership to date. 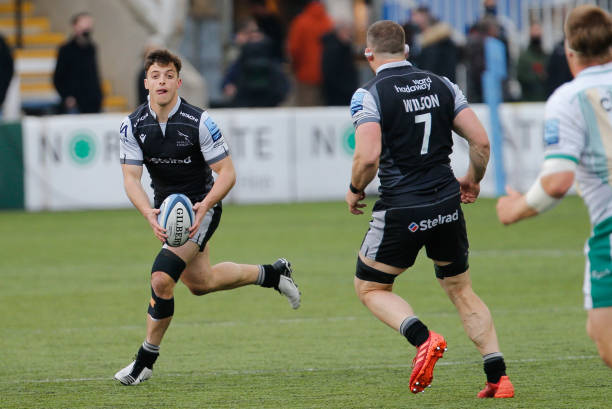 Eddie Jones is impressed at what is going on at Newcastle with four uncapped forwards receiving call ups along with just the one outside back in Adam Radwan.

The speedy Radwan has made the starting jersey his own at Newcastle and is joined by tighthead prop Trevor Davison, hooker Jamie Blamire, no.8 Callum Chick and second rower Sean Robinson in the squad.

Mark Wilson is a notable absentee from the Falcons but Jones did explain that the England coaching staff have 'given some of our senior players the chance to get some important rest and recovery time after back-to-back seasons, and with no proper pre-season.' 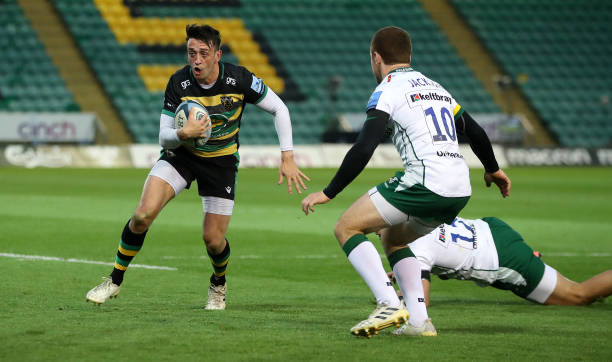 Saints' fans will have noticed the absence of Ollie Sleightholme's name in the squad after a few standout games for Chris Boyd's side. However, they do have two uncapped backs featuring in the squad in centre Fraser Dingwall and scrumhalf Alex Mitchell.

Mitchell has been included in multiple England squads to date as too has Dingwall. The pair will be looking to finally make their debuts under Jones. Flanker Lewis Ludlam also returns to the squad along with Paul Hill, the pair have a combined tally of 13 tests caps.

There may have been a chance for David Ribbans to make the squad had the second-rower not copped a three-match that rules him out of both test matches.

4 - Tom Willis was directly involved in four tries (3 tries, 1 assist) for @WaspsRugby against London Irish, the most by a forward in a @premrugby game since teammate Alfie Barbeary recorded four against Leicester in September 2020 (also 3 tries, 1 assist). Theme. pic.twitter.com/HhGJ12C0AY

Tom Willis' inclusion comes off the back of a hattrick in Wasps' incredible come from behind victory over the Exiles. The back rower, who can play on the side and at the back of the scrum, will look to follow his older brother Jack in making his test debut for England. Joining Willis in the squad is fellow Wasps' Jacob Umaga and Josh Bassett.

Umaga has been involved in England camps in the past and could finally make his debut with Owen Farrell away with the Lions and George Ford likely to be rested. He will however, face opposition in Joe Simmonds and Marcus Smith.

76% - Josh Bassett has the best gainline success rate (76%) of any of the 173 players to make 60+ carries in the Premiership this season. Allsorts. pic.twitter.com/ETspKXFrdk 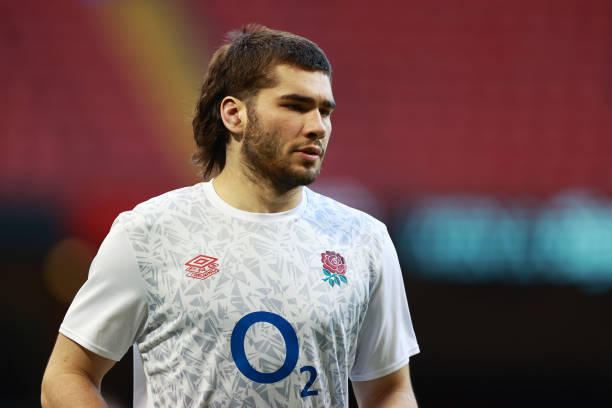 The are a number of players who have received recalls to the squad having made a handful of appearances in the past.

The trio of Ted Hill (Worcester), George Martin (Leicester Tigers) and Beno Obano (Bath Rugby) have all represented England on one occasion.

Joe Cokanasiga will be looking to enter double digits having already played 9 times in the white jersey while Bath teammate Ben Spencer will want to add to his four caps.

Most capped players in the squad: 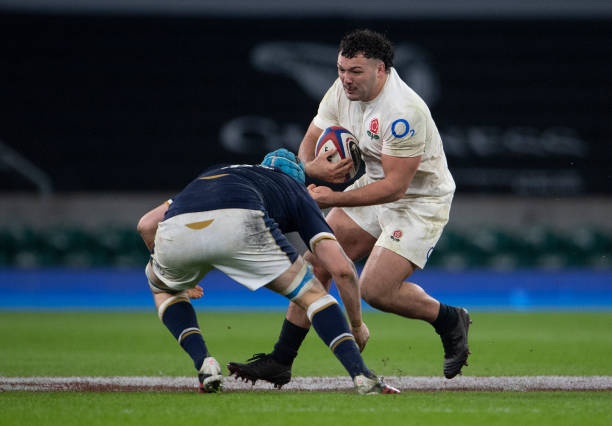 Overall Club Representation in the Squad: